Click here to browse our full online catalogue of books and DVDs. The catalogue shows all of the physical items (NUMBER) in the library that you can check out. In our collection you will find books that aren’t available elsewhere in the Lower Mainland!

These are just some of our recent additions: 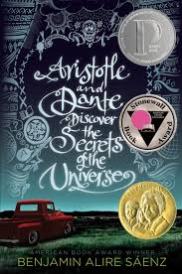 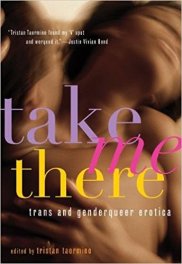 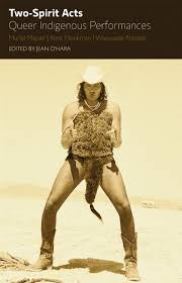 Below you’ll find recommendations for resources that are free and available online, such as podcasts, websites, web series, web comics, and more! The resources are divided by identity in alphabetical order and then by type of resource. This is a constant work-in-progress, so keep checking back for more! Have suggestions of resources we should add? Email us at outontheshelveslibrary@gmail.com.

Click on one of the categories below to skip right to the section you want.

Websites
Autostraddle: This feminist website for LGBTQ women is essentially an online magazine concerned with news, art and culture, and community. It is explicitly and consciously trans-inclusive, with a features a trans section where all the trans women content can be accessed in one place.

Black Girl Dangerous: This anti-racist website for queer and trans people of colour publishes personal and political essays on race, gender, and sexuality. It is explicitly and consciously trans-inclusive. Check out the trans section where all the trans (men, women, and non-binary) content can be accessed in one place. Sadly, BGD is no longer publishing new content, but their archive is still a goldmine of articles, videos, and more!

The Slash Pile: This tumblr account is a fantastic resource that features a crowd-sourced list and links to LGBTQ+ webcomics. There is a trans tag that allows you to view only trans comics, as well as more specific identities such as non-binary. Rather than suggesting individual trans webcomics, we decided to offer y’all the ability to browse and decide on your own what you want to read.

Podcasts
Woodland Secrets: Hosted by trans woman merrit k, this podcast features conversations and interviews on queer and trans art,  writing, music, and video games with queer and trans creators. It’s like a talk show, but with trans people talking about all kinds of cool art stuff!

One from the Vaults: This fun and informative podcast on trans history is hosted by Canadian trans woman Morgan M Page. She covers trans history from the western world (including Canada) and features both trans men and women. Page’s tagline is “We bring you all the dirt, gossip, and glamour from trans history!”

Trans Pan Tastic: This podcast hosted by George and Jess (a trans man and genderqueer person respectively) and is about gender, identity, orientation, parenting, transition, and “the life that happens between them.”

Her Story (2016): This web series features trans women actresses playing trans women (also, one of them is Black!). It’s a lovely light-hearted romantic comedy that combines the best parts of The L Word with none of the bad. The director (Sydney Freeland) is also a trans woman! Check out this glowing review on Autostraddle.

Brothers (2014-present): This web series features a group of friends on the trans masculine spectrum in Brooklyn, and is a rare appearance of trans men in a narrative series. The actors are also on the FTM spectrum, as are the creators and directors. It’s been featured in many film festivals, as well as winning the award of merit at the Accolade Global Film Competition.

Eden’s Garden (2015-present):  This web series features trans men of colour (Black and Latino) and is the first scripted web series to do so! The writer and producer, Seven King, is also a trans man of colour. It’s set in New York City and focuses on “focuses on socially relevant issues including: friendship, betrayals, trans-reality issues, trans-dating, same-sex dating, HIV and AIDS awareness, infidelity, promiscuity, homophobia, gay-bashing, trans-bashing and more!”

Pay it No Mind: The Life and Times of Marsha P. Johnson (2012): This full-length documentary on the legendary, crucial figure of Marsha P. Johnson, a Black trans woman who was a Stonewall instigator and trans activist, is remarkably available for free on YouTube!

This is Me (2015): This documentary web series features people from different parts of the trans community, including genderqueer folks, and was directed by Rhys Ernst, who’s a trans man. Mey Rude reviewed the series on Autostraddle, writing that the episodes “range from being funny, to informative, to beautifully touching.”